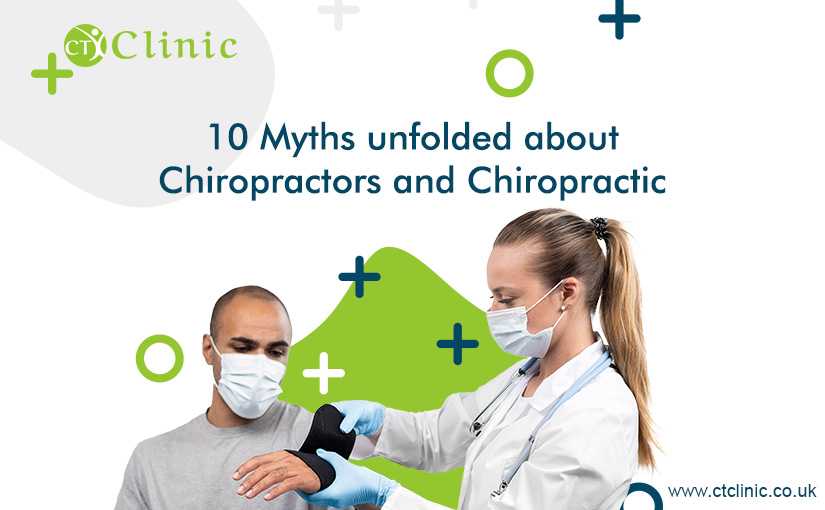 10 Myths unfolded about Chiropractors and Chiropractic

We’ve all been there before too: trying to choose between a list of potential businesses or professionals that have very few objects. Most of the time we rely on reviews online reviews, look at web pages, and if we’re lucky we can get to know someone who is already in that business and tell you what to expect.

In Manchester, going to a chiropractor is an important decision, so much so that not many people know much about starting chiropractic. What they know can be very wrong. Some people consider chiropractors too poor and skeptical of the profession. The best chiropractor in Manchester is open to viewing, but they don’t have a person or family who can connect them with the right person, and they have no experience with chiropractic that would make internet search easier.

It helps when you know someone’s “language” because your Google search will be more fruitful when you use the right terminology. Using broad terms will often cost you nothing but a list of chiropractors who do a lot of advertising and who fill their websites with keywords to attract visitors through Google.

The choice of chiropractor Manchester UK is in many ways a very personal decision. Having many types of DC means you can find one that suits your needs. This article will outline how to run a good search that will show you all the local chiropractors and allow you to tell them separately so you can make the best choice. There are many conflicting views about chiropractors, and in most cases, there is no merit. The top ten most common myths about chiropractors are:

Myth 1. There is no scientific proof to display that chiropractic works
Chiropractic has a plethora of scientific proof to showcase that this treatment does work. One of the largest and most recent work is a systematic review of chiropractic treatments for multiple conditions by Gert Branford. This, along with many others, shows that there is positive evidence in treating lower back pain, neck pain, and even cervical vertigo.

Myth 2. You only have to take weekend courses to be a chiropractor
This is entirely untrue. To call yourself a chiropractor in Manchester, you will need to be registered with the General Chiropractic Council (GCC). The GCC requires you to have a degree from a recognized university, which currently has 3 in the UK. The current degree is a 4 + 1 or 5 + 1 year Master of Chiropractic degree. A standard comparison is the number of hours spent in a university by a chiropractor and a medical. Chiropractors average 4822 hours in their degrees and medics do 4667 hours on average.

Myth 3. Chiropractic is not a recognized profession
The General Chiropractic Council regulates chiropractors by the government. It is the most widely used and fastest-growing complementary medicine in the world. There have been trials in North East London regarding chiropractic on the NHS, which have been very successful so far.

Myth 4. Chiropractic care is dangerous
Chiropractic care has been recognized as one of the safest medical treatments. The most common concern is that the adjustment of the neck causes a stroke. Cassidy et al. showed that you are more likely to have a stroke if you see your GP as you see your chiropractor. How can the adjustment of the neck be blamed? Unfortunately, chiropractors and GPs tend to see people who have a stroke, which in many cases is undetectable until it does.

Myth 6. Chiropractors X-ray every person
The best Chiropractor in Manchester UK is qualified to read and take X-rays. Because of these chiropractors have to follow strict guidelines (IRMER) that they can perform X-rays. There should always be a justification for X-rays, and in most cases, it is present.

Myth 8. Chiropractors only deal with spinal problems
Chiropractors are trained to deal with all issues affecting the joints, muscles, and nerves. It ranges from shoulder problems to ankle problems to neck problems. Chiropractors also learn about other pathology outside of what they treat to detect if something more serious is going on and adjust their treatment style to suit the person, Huh.

Myth 9. Chiropractors claim to fix all problems by adjusting the spine
This doesn’t seem right. This was the philosophy in the 1800s when this treatment was first invented. Since that time, like medicine, chiropractic has progressed extensively and is now primarily closed to current medical research. Some chiropractors still follow the basic philosophy, and it is essential to find a chiropractor that suits you.